< PREVIOUS HOLE BACK TO COURSE OVERVIEW NEXT HOLE >

The first of three par fives plays as a straight hole but the bunker placement here demands players are wary of sand with both tee shot and the long second up to the green. Bunkers await those who drive left from the tee and two bunkers short and right of the green make for a difficult shot because that intermediate bunker shot of between 25 and 40 meters is one of the most difficult in the game. The green gives the appearance of being raised, simply by a swale cut across the front of the green and continuing around the right side of the putting surface. 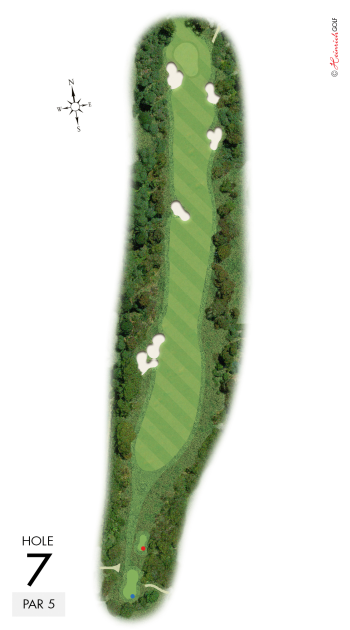